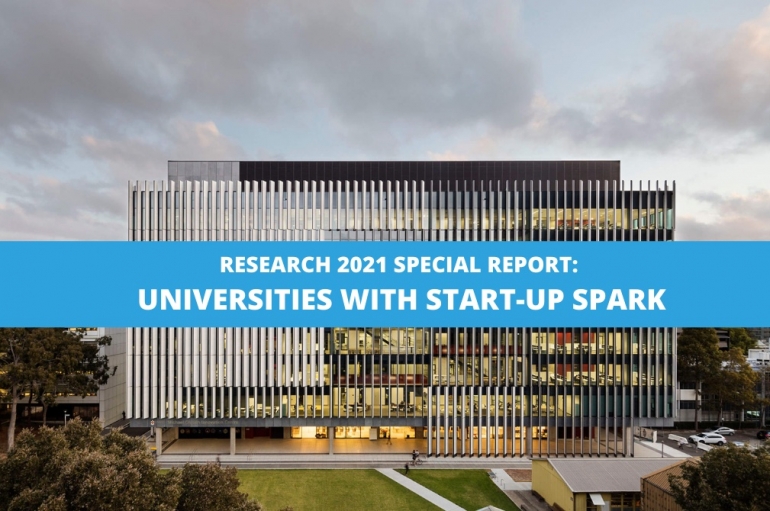 For aspiring start-up founders, UNSW is increasingly becoming the destination of choice. Its embedded entrepreneurial programs, coaching services, and flagship accelerators have seen it deliver among the highest number of start-up founders who go on to attract VC funding.

Over the past decade, UNSW has produced 98 graduates who have founded start-ups that have progressed to attract venture capital funding, just two fewer than the top-ranked University of Melbourne.

In a second category, which adjusts results for size, assessing the total number of start-up founders per 100,000 graduates over the past 10 years, UNSW also ranks second. The small, privately funded Bond University has produced 15 graduates who have gone to attract VC funding, a solid result for a small university.

UNSW has performed strongly, coming second in both categories, placing the university as the best overall for aspiring entrepreneurs.

Given the consistency of UNSW’s performance across both categories, the university has a clear track record for helping entrepreneurs level up their startups through lucrative VC funding.

Both Forage and HEO Robotics progressed through UNSW’s highly competitive flagship accelerator, Founders 10x, an experience which enabled them to gain multi-million dollar VC funding and a coveted place in Y Combinator.

Such success is made possible by the depth and breadth of the UNSW Founders program, which provides access to over 500 mentors, a network of 150+ angel investors, $1M in exclusive perks, prize money and funding, and dedicated programs to help progress early stage ideas and startups through to accelerators and global growth. It’s also allowed UNSW to help redress the gender imbalance in startups, with 44% of UNSW startups featuring at least one female founder - which is more than double the industry average.
“It is significant that UNSW does well in producing entrepreneurs,” noted Tim Dodd in The Australian. “Atlassian founders Mike Cannon-Brookes and Scott Farquhar are UNSW alumni, and the university has developed a culture of entrepreneurialism.”